For generations the universe has fascinated mankind and that’s possibly the reason you have decided to join us tonight.  Even the days of the week has been named after the planets and moons and the Greeks have spent countless hours to “create” the majority of the constellations as we know it today. The ancient Egyptians are said to have lined up the Pyramids with the sky above to link the dead Pharaoh’s to the “Imperishable ones” above. Not only has the celestial bodies “influenced” life in the ancient civilized world, but the traditions of African tribes such as the Xhosa has been influenced by the stars. For centuries civilizations have used the stars and moon for navigation, and even tennis players have been named after planets……… And yet, we know so little!

Our City of Stars 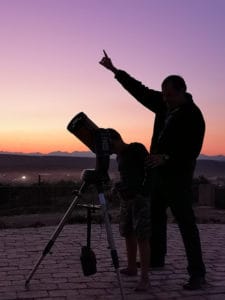 It was once said that the only thing we know for sure about the universe is that there is an inside, nobody know if there is an outside. Our cosmos is said to be approximately 15 000 – 20 000 million years old. Earth came into existence approximately 4 600 million years ago and underwent major changes since then. What observers and we can see today has evolved over many millions of years and is still changing by the minute. Our galaxy is commonly known as the Milky Way and is one of hundreds of millions of other galaxies that have been discovered over many years. Galaxies “normally” tend

to group together and the Milky Way is one of a group of 30 galaxies. The Milky Way has two satellite galaxies that can be seen with the naked eye from the Southern Hemisphere, known as the Large and the Small Magellan Clouds. The small cloud is 205 000 and the large cloud 170 000 light years away. They each accommodate approximately 2 000 million and 10 000 million stars respectively. When conditions are very favourable another massive galaxy can be observed in the Northern Hemisphere. This galaxy is known as M31 or Andromeda and is 2 300 000 light years away. This is also the furthest object to be seen anywhere with the naked eye. M31 is twice the size of the Milky Way and has twice as many stars, therefore M31 is considered the largest galaxy in the group of 30.

Our Galaxy and Solar System 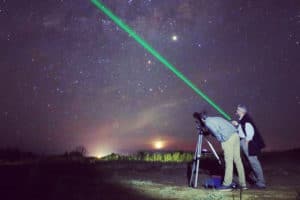 The sun and its planets, also referred to as our solar system, lies near the edge the Milky Way. Our solar system consists of the sun and its eight classic planets that orbit the sun, with Mercury being the closest at 58 million km’s and Pluto the furthest at 5 900 million km’s from the sun. Planet earth – 150 million km’s from the sun – and its moon falls within the eight planets. The Milky Way that we are part of, can be clearly seen from the Little Karoo on a clear evening. Our galaxy is “flat” and has the shape of a disc with a hub in the middle from where spiral fingers stretches out to the edges. This is known as a spiral galaxy.  To cross our galaxy from side to side will take you 100 000 light years and at its hub, to travel from top to bottom a mere 20 000 light years. The Sun and us are a mere 33 000 light years from the hub. Our galaxy rotates around its hub once every 225 million years at a speed of 300km/second, this is known as a cosmic year, Earth rotates around the sun once every 365.25 days at a speed of 30 km/second. Earth “spins” at a speed of 1500 km/h around its own axis.

Einstein determined that nothing can travel at any speed greater than the speed of light. Light travels at 299 792 km/second. The distance that a light ray will travel through an air cavity in a year is known as a light year. In a year light will travel 9 460 563 614 000km. while it takes a sunray only 8 minutes to reach earth and moonlight only 1 second. To put this into context we can imagine a trip to Alpha Centauri, our 2nd closest star neighbour at 4.23 light years away. If we could travel at the speed of light, a trip to this star will take us approximately 10 years there and back. But reality is that we cannot travel at such speeds, so therefore it will currently take us 23 000  years to reach Alpha Centauri….46 000 years return trip !

The Southern Cross is always visible at night in Southern Africa. It is the most prominent of the constellations to be seen. It always point to the south celestial pole and is used to determine south. Four stars are named after the Greek alphabet. 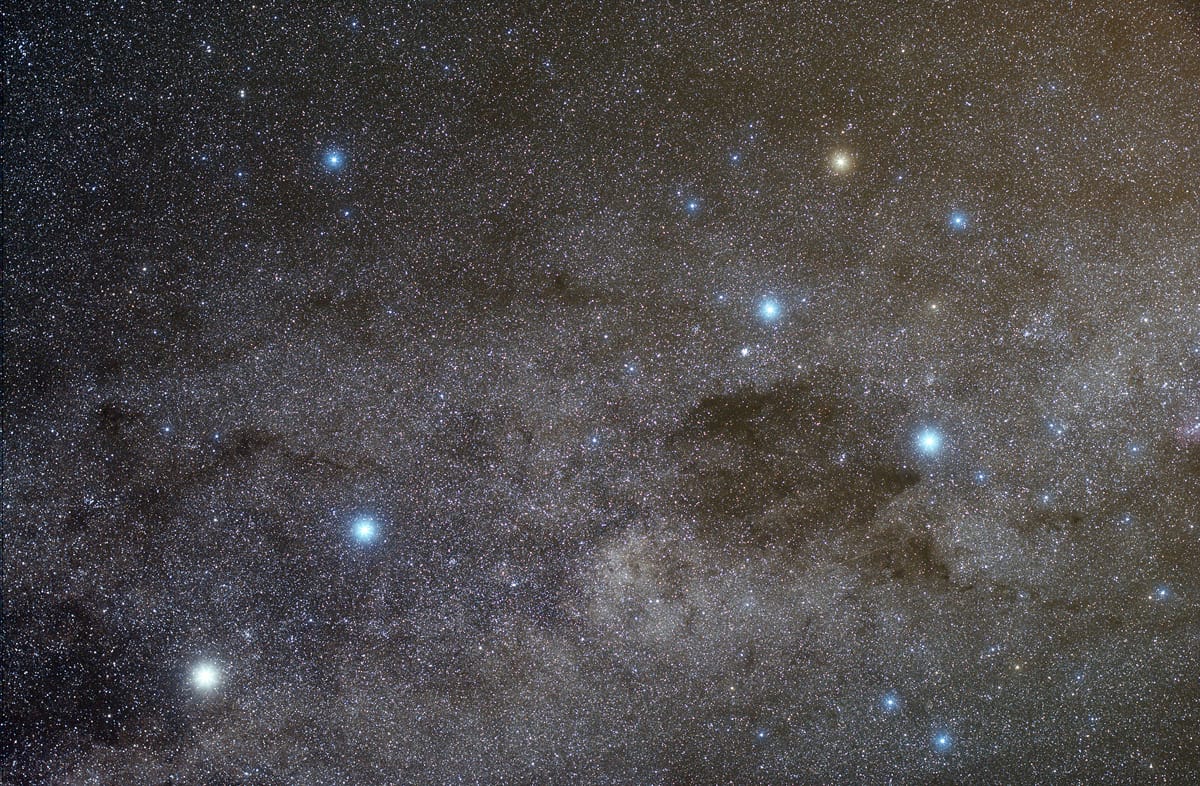 The Sun is by far the most important star, as well as our closest star neighbour. Without it life as we know it will not be possible. It outshines the brightest star we see at night by 10 000 million times because of it closeness. It has a diameter 100 x greater that that of the earth and it’s 300 000 x greater in mass. Its surface temperature is 6000ºC and at its core the temperature is estimated to be some 15 million degrees Celsius.

is used to determine south. Four stars are named after the Greek alphabet.

This star is our closest neighbouring solar system and is 4.23 light years away. It’s a binary star with a third star – Alpha Proxima – two light months away and it takes them 80 years to orbit each other. Used as the “pointer stars” when determining south using the Southern Cross. 3rd brightest star visible. 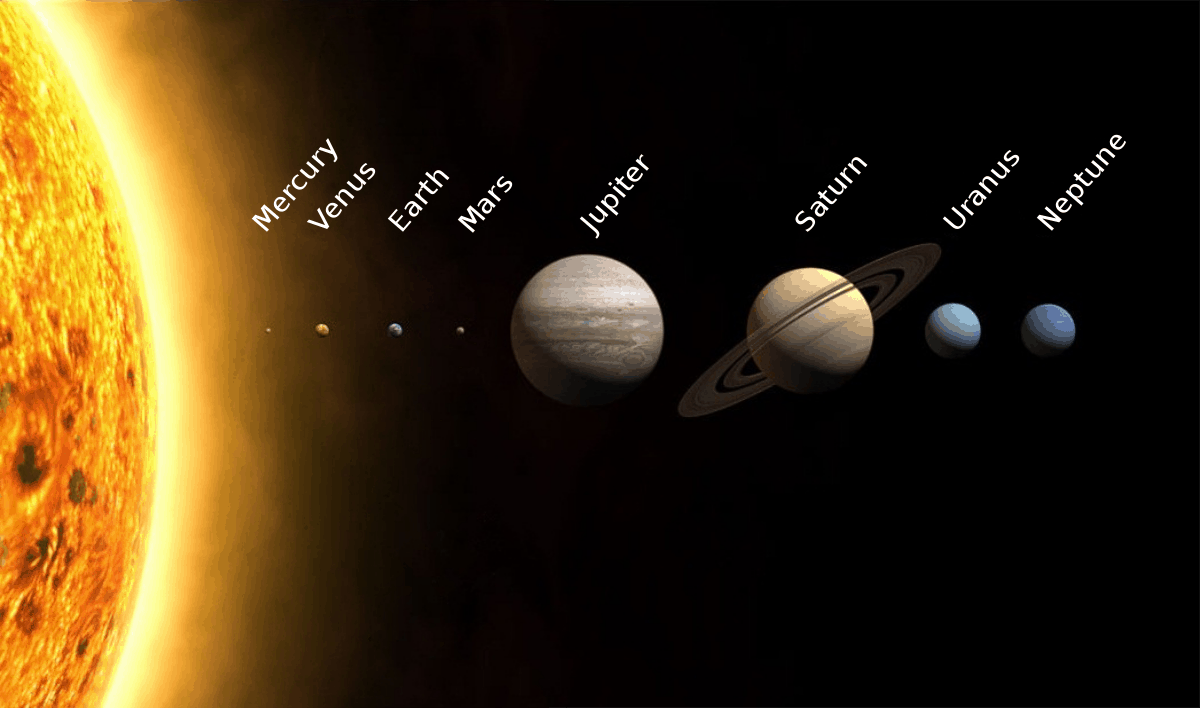 It is second to the Sun the brightest star that we can see and is 8.5 light years away.

The earth is the only known planet to sustain life, in order for it to do so, it has enough liquid water and is not too far or to close to the Sun that is as important for life as we know it.

Venus is the brightest of all the planets with an extremely dense atmosphere. It has a surface temperature of 500°C due to its close proximity to the Sun. Is visible as both the “morning and evening star”

It is described by some as “a star that didn’t make it”. It generated a great deal of heat inside and radiates much more heat than it receives. Its diameter is 11 x that of the earth and it is 300 x more massive.

This planet is the smallest of the 8 main planets in our solar system. A day and a night on this planet will last for 6 of our calendar months

This planet is on average as bright as Jupiter and also known as the “Red Planet”. It has two moons that are not visible because of their size. Its surface gravity is extremely low and it has a conical volcano – Montes Olympus – that is 3 x the height of Everest with a 500km base across.

It is also referred to as the “King of Globular Clusters” and looks like a star. It is 18 000 light years away, forms part of the Centaurus star group and contains approximately 1 million stars. 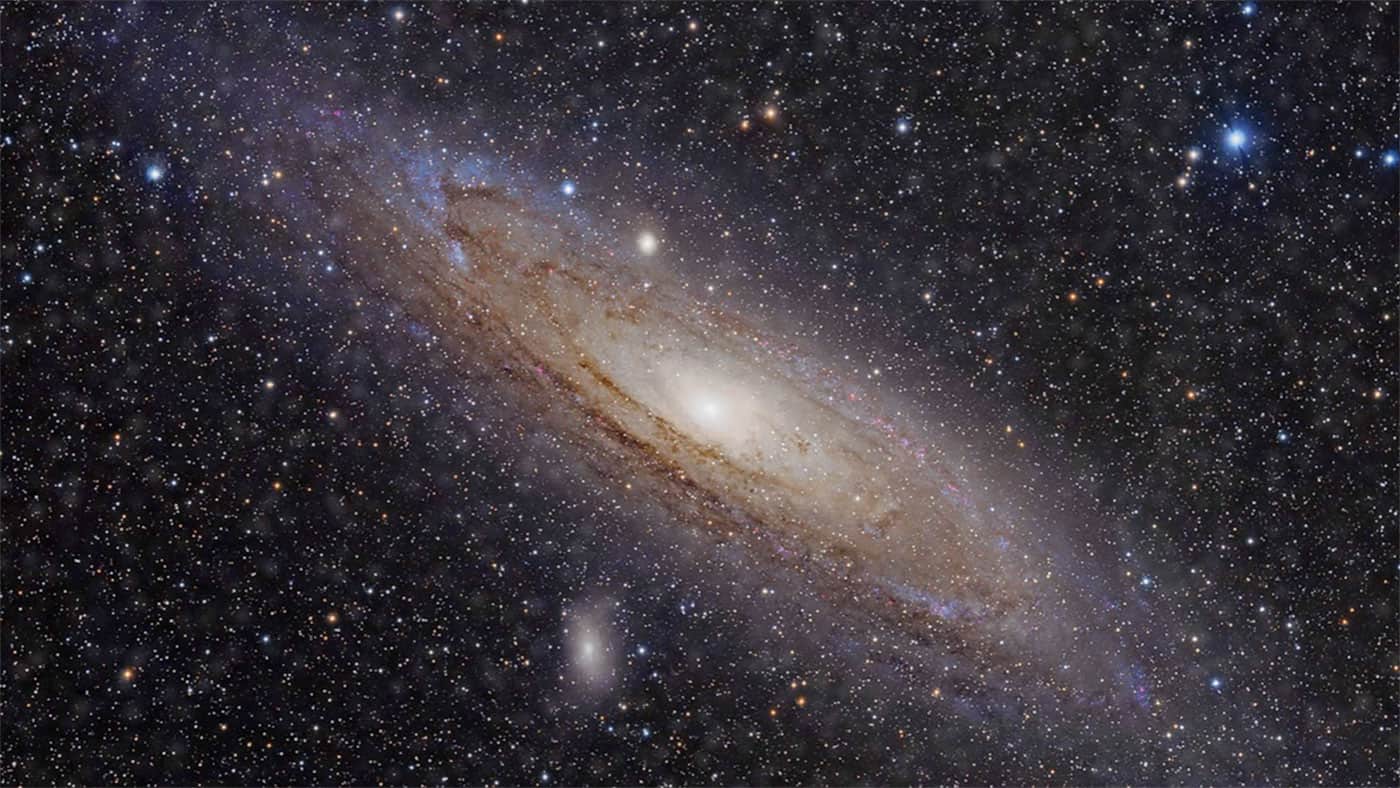